The basic idea behind the Daedalus-Concept

The basic idea of the Daedalus project is the use of autorotation to slow a flight model from space or great heights to a safe landing speed. The principle of autorotation naturally occurs in our environment in the form of maple seeds, from which we have copied the technology.

In maple seeds, the asymmetry of individual seeds is the cause for autorotation. The center of mass of the seed is always at the end of the stem, whereas the center of lift is approximately in the middle. These different points of attack for the acting forces lead to a circular rotation, which uses the potential energy of the fall and slows it down.

Of course, we are not the first to apply this concept. Leonardo da Vinci probably based the design of his aerial screw, often also referred to as a helicopter, on the principle of the maple seed.

However, instead of slowing down a fall by rotation, da Vinci wanted to mechanically rotate a flight model and thus make it fly or take off. Although da Vinci didn’t have access yet to a strong enough motor to make his construction work, helicopters now operate on a similar principle.

For our project, however, the deceleration of a fall has become interesting again for applications in the aerospace sector. This principle works ideally in situations in which the parachutes, which are used normally, do not work or are not robust enough. It also offers many other technical options to adapt the system to the desired application.

For our current construction, we have attached 3-4 rotor blades, which imitate the functioning of the seeds to a capsule-like body in order to be able to test the technology and prove its functionality. 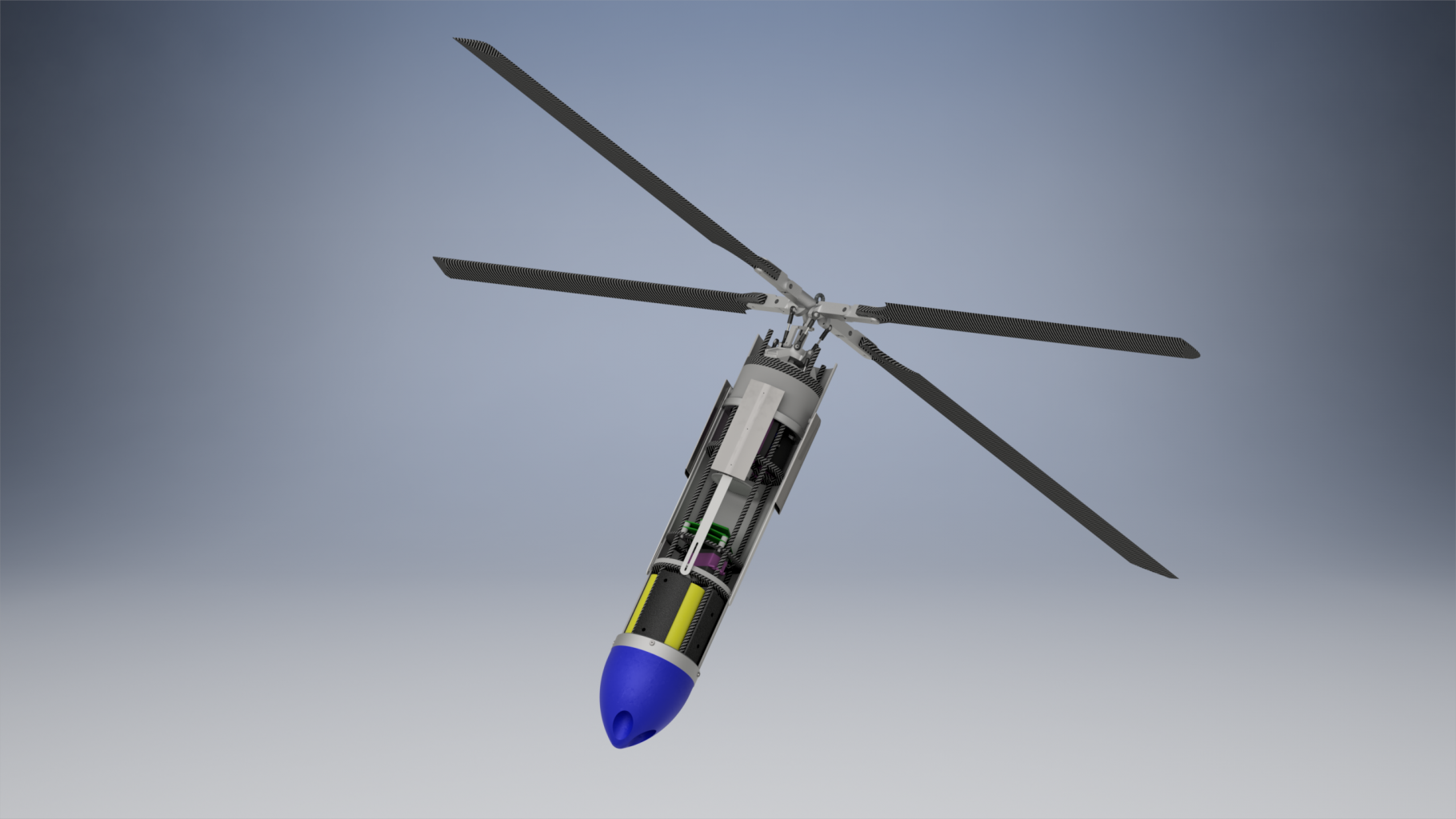 But what makes our system and our “SpaceSeeds”, as we call our flight models, more suitable than other methods for difficult conditions such as bad weather, safe landings from space or great heights, and exploration of dense atmosphere planets?

Due to the direct integration and attachment of our rotors to the body and the possibility to adjust the angle of attack of our rotor blades, our space seeds are robust and can stabilize themselves, even in bad weather and harsh conditions.
Thanks to a complex ground detection sensor system, active landing control is now possible in Daedalus2, which guarantees safe transport.