Since our Project is rapidly progressing, we traveled to Kiruna in the week from the 10th to the 15th of february to present our current version of the Student Experiment Document to the Preliminary Design Review under the scrutiny of the eyes of many experts from all over europe.

Our departure was nearly overshadowed by the storm “Sabine” (as it was named in Germany) as we were (one of) the last flights to leave German ground before the storm hit Frankfurt.The rest of our journey to the very north of sweden was comparatively uneventful and rather pleasant due to the plenty of legspace and good coffee we had in the plane.Arriving at Esrange and passing security at 1 o clock at night we were kindly welcomed with a quick (late) midnight snack before inevitably colapsing in our beds.

The following days we spent chugging down the highly condensed espresso of knowledge that was so benevolently thrown at us about a diverse number of lectures from the people most knowledgeable about topics including but not limited to software, thermal and mechanical design, swedisch sayings, german, european and swedish space activity, the lifestorys of the presenters and much more important information about the Rexus/Bexus programm. We were getting to know the other teams and their experiments and all the while everyone identified the mayor and minor mistakes they made in their SED due to the new information at hand.

Hearing these lectures and talking to the experts themselves was really edifying, because it meant not only could we perceive our experiment through their eyes but also were able to discuss solutions to our problems with them on site. We too eventually had to present and defend our SED and did not escape unscathed, though the judgement could have been far worse. Subsequently there were some minor changes to be done on our design, which we are currently working on implementing to get our SED ready for the Critical Design Review in june. 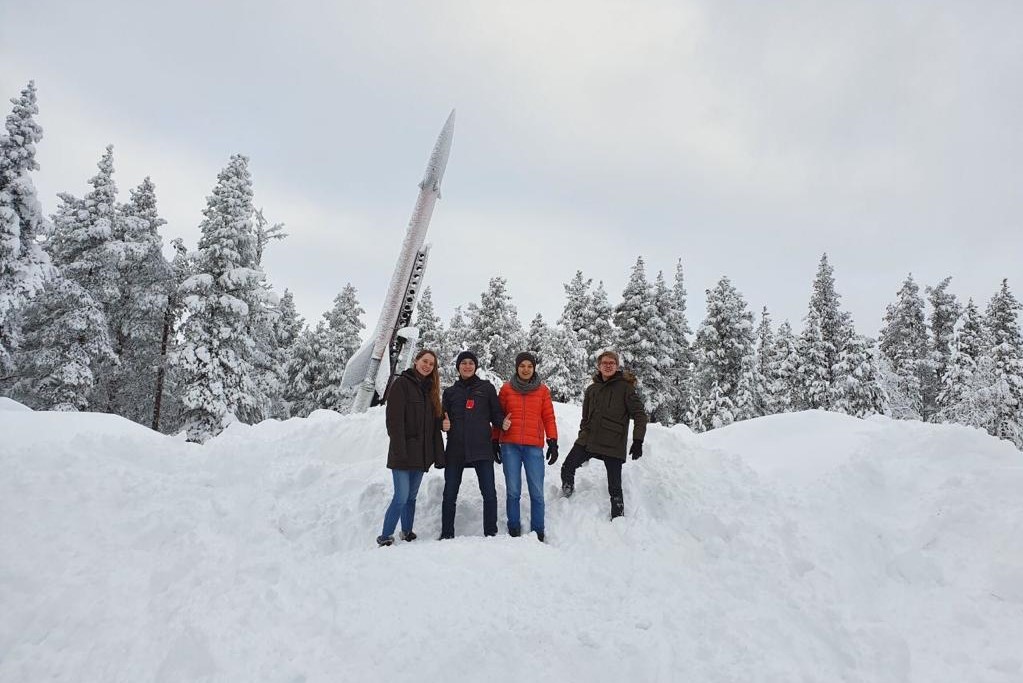 While all this surely sounds like a lot of stress (which i will not deny it was), we also had small portions of free time on our hands, believe it or not. With the ungodly masses of snow outside we were easyly able to construct and establish a new meeting room inside of an iglo, which we promptly called the Wüglo, because that’s how imaginative we are with naming stuff we do.

On one day we had the oportunity to explore the 30th Icehotel and the town of Kiruna, which after four days of solitude in the beautifull snow dessert that is northern sweden felt like a gigantic metropolis.

We were also lucky enough to get a few clear night skies with great aurorae and were even able to take a great deal of photos before we eventually had to submit to our fingers and toes freezing off. All in all we were very succesfull in adequately representing our project and team and had a lot of fun in the progress.